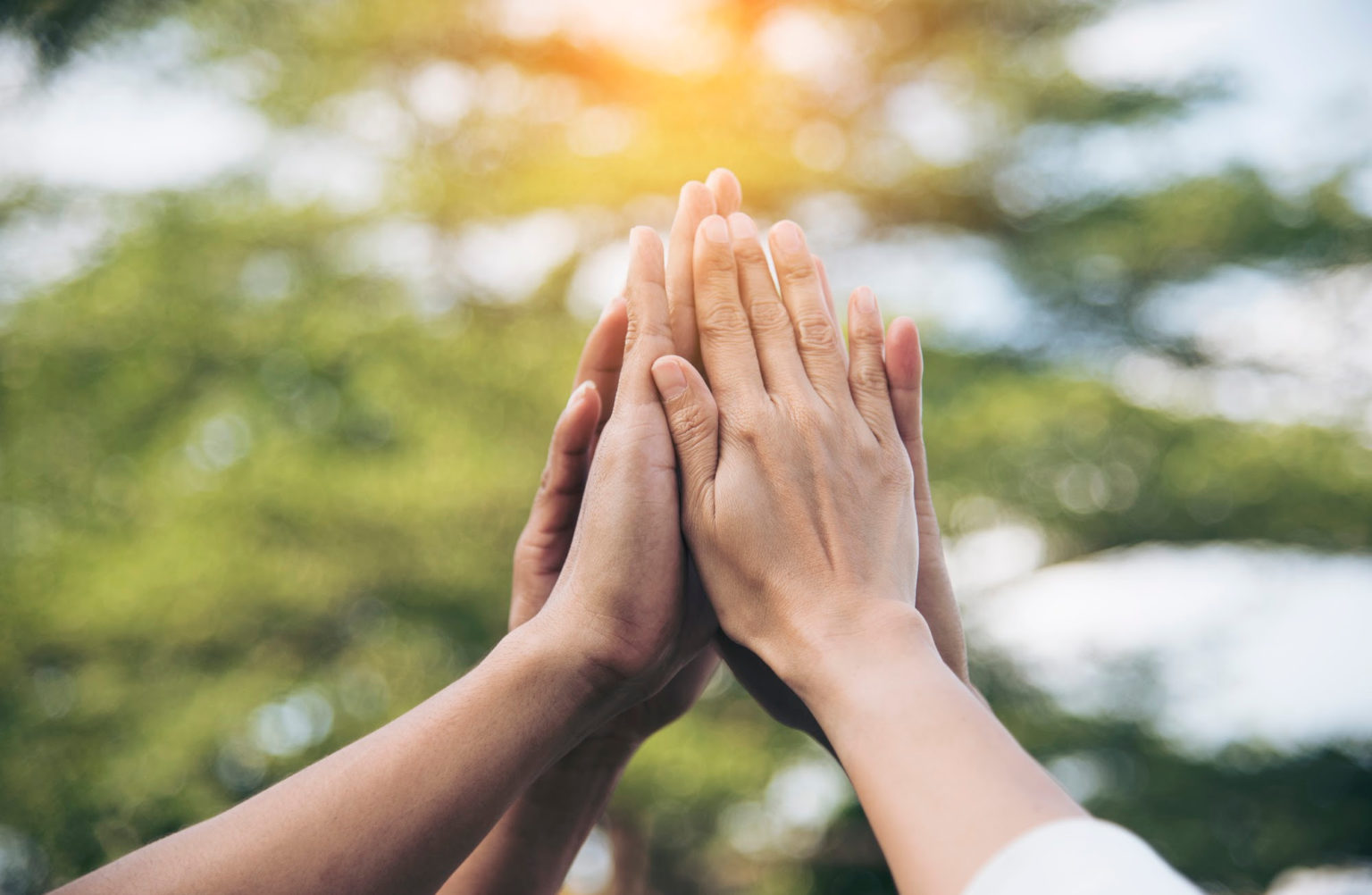 9 Hacks to Improve Your Athletic Performance

These are 9 super easy and tested hacks to improve your athletic performance and health. Let’s get to it without further ado.

Being healthy and elevating your game to reach your peak potential doesn’t mean that you have to invest your life savings.  We believe that implementing simple habits that won’t cost a penny could have a significant impact on your athletic performance, health, ability to prevent illness and longevity.  Here are a few strategies that will keep you out of the doctor’s office without breaking the bank, and will keep you competing for many years to come.

According to an article published in 2002 in the Journal of Sports Medicine, dehydration not only reduces athletic performance but also places athletes at risk of health problems and even death. Another interesting piece of suggestive evidence published in a 2017 article Applied Physiology, Nutrition and Metabolism are that dehydration resulting from exercise causes cellular stress that is not completely resolved after re-hydration.  Therefore, in order to reduce cellular stress and ensure optimum performance, it’s important to stay hydrated before, during, and after exercise.

Experts recommend a general guideline of drinking half your body weight in ounces per day. I would also recommend increasing your consumption of water based on other dehydrating factors such as caffeine consumption, exercise, hot summer days, and dry winter days.

The things that we sense in our physical world through our eyes and ears, send a message to our brains. Research has also found that the things that we touch also have an impact on our mental and emotional well-being.

Also Read: When and Why to Consume Probiotics

Bonus health tip: Researchers also found that making eye contact with another person in combination with physical touch is a powerful combination to strengthen your bond with another human.

The scientific evidence around movement all points to one conclusion: Humans are designed to move. Humans used to be nomads, hunters, gatherers, runners, warriors, walkers, climbers, and jumpers. While parents were tending to the chores, children were playing with other children. While awake, moving constantly was considered “normal”.

In modern society, particularly in the United States, humans live in a world where sitting, standing still or lying down is convenient and considered “normal”. In fact, according to designedtomove.org, physical activity in the US has dropped 32% over the last 2 generations.

As athletes, we carve out the time in the day to perform physically demanding training sessions that are beneficial to our sport but that’s not enough. As Americans, we spend a lot of sedentary time sitting, lounging, and commuting. Making an effort to incorporate low-impact movement as much as possible to offset the sedentary time will improve emotional and physical health, and boost athletic performance. Go for a walk. Dance around your house. Climb a tree. Park in the back of the parking lot and return your shopping cart to the store. Take the stairs instead of the elevator. Stretch while watching television. Take advantage of every opportunity to incorporate primitive movement patterns.

Movement and physical activity works wonders to improve your athletic performance and health. It is imprinted on every human’s DNA.

Meditation is not only a great way to work on your mental toughness and mindset as an athlete, but it also improves coordination, lowers stress, helps you focus, boosts your immune system, improves sleep and reduces anxiety in high-pressure situations. If you’re new to meditation, you don’t have to dive right into an hour of meditation every day. Start with 5 to 10 minutes of guided meditation at least twice a week using a free app such as Aura or Omvana.

You can also just sit still in a quiet space with your eyes closed and focus on your breath by counting as you inhale and exhale. Once you’re comfortable with short periods of time, work your way up to meditating for longer periods of time every single day. You can also find many short and simple mindfulness meditations on YouTube that can be repeated every day to boost health and improve athletic performance by helping you get into your flow state.

5. Spend time in the sunshine.

Our amazing bodies make Vitamin D-3 (the form of Vitamin D that our bodies use to make neurotransmitters) for us from the cholesterol in our skin by reacting with UV-B rays in sunlight. Vitamin D activates the genes that are for releasing two important neurotransmitters that influence our mood. These neurotransmitters, dopamine and serotonin, help to keep us happy and calm especially in stressful situations. If we don’t have enough Vitamin D, we don’t have enough dopamine and serotonin which prevent a happy mood and calm nature. The result is depression, anxiety, low sex drive and difficulty sleeping.

During the warmer months, summer try to get at least 20 minutes of sun exposure every day to help our body manufacture essential Vitamin D. A little bit of sun exposure on our face and neck is important for converting cholesterol to Vitamin D, but few things cause more cellular damage to our skin than being exposed to too much sunlight. In order to protect yourself from too many age-accelerating rays, make sure to apply a moisturizer that contains at least 15 SPF every single day no matter what season it is. During the darker months, we aren’t being exposed to as much sunlight as we are in the summer time so that’s when spending time outside and exposing our skin to sunlight is most crucial.

This one seems like a no-brainer, but in our opinion getting high enough quality sleep is the most important thing you can do to upgrade your performance and recovery. It’s also important for preventing injury, getting the most out of your practice and training sessions, your mood, and the decisions you make throughout the day.

Everyone’s needs for optimal sleep vary based on the individual but it’s really easy to not get enough good sleep. The amount of sleep we get AND the quality of our Z’s can suffer from life stuff – like stress, irregular work or social schedules, our sleeping environment, caffeine, the food that we eat and the things that we do before bed. Making sleep a top priority and establishing good sleep habits can improve your game (and your life) more than any other thing on this list.

7. Connect with the earth beneath your feet.

We all should know by now the health benefits of getting outside to soak up the sunshine and fresh air but those aren’t the only benefits that spending time in nature provides to us. The practice of earthing or grounding is when you stand barefoot on the earth to establish a connection with nature. This practice has been found to lower cortisol levels which indicates lower stress, reduce inflammation, boost energy levels, speed up recovery after training, illness or injury and improve sleep quality. Soak in all of the benefits that nature has to offer by taking off your shoes and socks and standing or sitting on the ground, dipping your feet into a natural body of water, or going for a walk on the beach.

According to an article in Scientific American, blue light exposure from electronic screens before hitting the pillow for the night can have a negative impact on sleep cycles. Blue light can affect the natural production of melatonin produced in the body in response to darkness. Melatonin is the hormone responsible for sending a message to the brain that it’s time to slumber.

In order to slip into a peaceful nights’ sleep, it’s important to allow your mind to relax and stop thinking. In addition to avoiding electronic screens, unplugging is an excellent way to separate from the outside world through social media and texting. If your thoughts tend to race when your head hits the pillow, try writing them down in a journal or making a to-do list for the next day. I’ve found my Panda Planner to be extremely helpful at bringing closure to a day and getting a head start on the things I’d like to get done the next day. You can also try reading a non-educational book, having a conversation with your partner about what’s on your mind, or listening to a relaxing meditation.

Making your bed seems like such a pointless task since you’re just going to unmake it again later in the day. But making your bed brings closure to your sleep making you less likely to crawl back in and helps to establish the mindset that you are in control of your day from the very beginning. If you do this small task first thing in the morning, it sets the tone for your day to be productive. It also makes you more likely to keep the rest of your bedroom tidy and clutter-free. According to the book The Happiness Project by Gretchen Rubin, this simple task of making your bed also contributes to a happier life.

Develop a habit of using these hacks in your daily life and significantly improve your athletic performance.

If you liked this article you are definitely gonna love this article about 7 Factors that Influence Adult Athlete Body Composition. 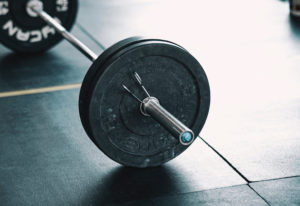 5 Self Discipline Tips for Adult Athletes 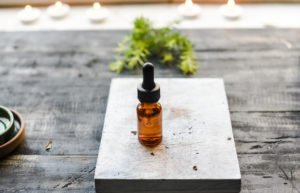 5 Hacks to Manage Your Energy Not Your Time

5 Tips to Measure Progress to Achieve your Goals

What is considered a high-quality protein?